How Can Hidradenitis Suppurativa Be Helped Naturally?

When addressing HS holistically, the goals are to reduce inflammation, balance your hormones, reduce clogging of the hair follicles, help your skin to heal, relieve pain, and get emotional support. Keep reading below for an overview of natural approaches to HS.

There is no single diet that is perfect for everyone, but there are certain foods that are known triggers for HS.

For example, milk and dairy foods are problematic because they hormonally stimulate the hair follicles and also cause the skin cells to proliferate. When skin cells proliferate and build up inside of the hair follicle, it leads to clogging and new boils. Scientists have known for years that dairy foods contribute to acne vulgaris (regular acne), and we now know that dairy is bad for HS, too.

Sugar and refined carbohydrates (like pasta, fruit juice and desserts) are best avoided by people with HS because they cause the hormone insulin to be released. When insulin levels rise, it activates inflammation pathways in the body. This causes the skin cells to proliferate and become inflamed, which worsens HS and causes new boils.

Not many people are aware that yeast and wheat can aggravate HS. A 2013 research study found that all of the HS patients they tested had antibodies against yeast and wheat. When the patients removed yeasty foods from their diet, their symptoms stabilized and their lesions shrank. Similarly, when the patients added these foods back into their diet, all of them had an immediate recurrence of their skin lesions within 24-48 hours! The authors of this study concluded that yeast allergies may be universal in people with HS and recommended that these foods be eliminated from their diet.

Therefore, a low-carbohydrate, dairy-free, yeast-free diet that emphasizes non-starchy vegetables and protein is a great place to start. Many people have also found that a yeast-free Autoimmune Paleo (AIP) Diet can put HS into remission.

There are many herbs and nutrition supplements that play supportive roles in managing hidradenitis suppurativa. In general, they work in one or more of the following ways:

You can check out our hand-selected professional-grade supplement formulas here.

A healthy foundation is essential for managing ANY health condition. We can support the body in its natural healing efforts by removing the obstacles that get in its way. Environmental toxins like pesticides, herbicides, mold, and household chemicals are some of the most common exposures that interfere with health. Here are some simple ways to reduce your toxic load:

Consider getting a high-quality air filter and a HEPA vacuum cleaner. Be sure to change the furnace and air conditioner filters regularly. Another way to improve your indoor air quality is to grow houseplants. Many plants including ferns, pothos, and palms are great natural air filters. Plants are especially beneficial and calming when grown in the bedroom.

Use non-toxic laundry supplies. Most commercial dryer sheets and fabric softeners are extremely disruptive to our hormones. Our favorite natural laundry detergent is ECOS Laundry Detergent with Built-In Fabric Softener. No softener or dryer sheets needed!

If possible, avoid memory foam mattresses and pillows.  They can give off toxic fumes for a long period of time.

Avoid using chemical pesticides and weed killers in your lawn and garden.

Keep cans of paint and any other chemical containing products in the garage due to toxic fume release.

Use a non-toxic dry cleaning company.

Leaving your shoes at the door can reduce tracked-in lead, dust and pesticides by a factor of 10-20 fold!

Carefully check the house for any type of water damage as this can promote toxic mold. We’ve personally found that many of our patients with HS have a known prior exposure to toxic mold or water-damaged buildings. You can learn more about mold-related illness by reading this blog post.

Filter your water. Because we absorb toxins through our skin, a whole-house water filter or shower filter is a great way to reduce your exposure to chlorine, pesticide residues and pharmaceutical residues. At a minimum, do your best to filter the water you use for drinking and cooking. 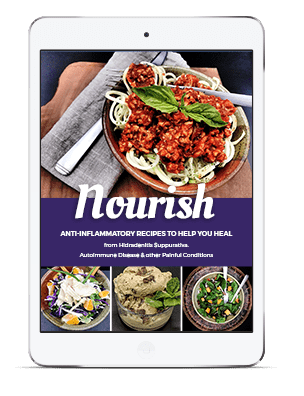 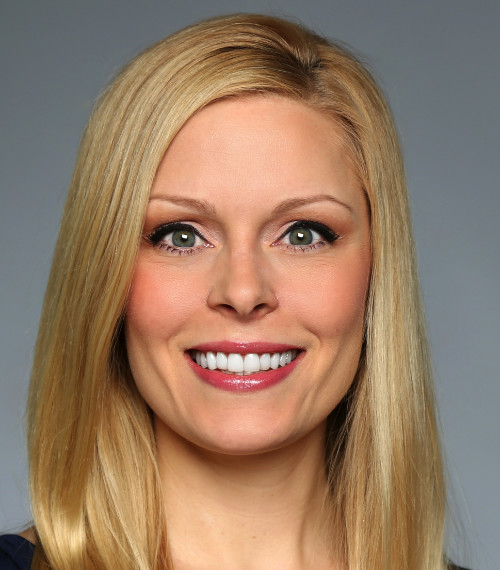 About Ashley and Alison

We are naturopathic doctors who are on a mission to provide trustworthy information and tools for the millions of people worldwide who suffer from hidradenitis suppurativa. After scouring the medical research and working with patients who have HS, we’ve developed a deep understanding of this condition and how devastating and painful it is. We created this site to share what we’ve learned (and continue to learn) so that we can help as many people as possible.